The first week of March is dedicated to remembering the women that help change and shape the world. On March 8, we celebrate all the women in every country for all things they bring to life. But why is there a set month to celebrate the accomplishments of women? Women have been at the forefront for many historical events, but get less publication compared to men, especially when it comes to cannabis. A huge reason why we want to highlight other women in cannabis is because Dr. Peace Lily is a 100% woman-owned CBD company! Being a woman in this industry, I have had my fair share of struggles and additional obstacles. I remember back in 2019 when I attended a CBD conference in Indianapolis, there were only 5 other women in the audience and none of them were business owners but rather the social media managers of a company owned by men. Over the years, I have definitely noticed the number of women attendees increasing and more women starting their own company, which is amazing to witness. As a female minority trailblazer in this, I want to help pass on the torch and empower other women to enter the cannabis industry and make history. After all, empowered women empower women! In this article, I’m going to highlight three important women that helped grow the cannabis industry into what it is today.

Mary Jane Rathbun Where did “Brownie Mary Day” come from? 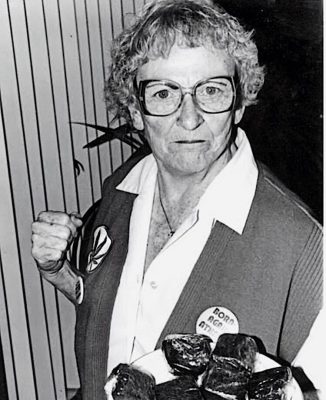 Living in San Francisco at the time as a waitress, Mary Rathbun dedicated much of her free time volunteering as an aide in the AIDS ward. After becoming more familiar with her patients and seeing their pains and suffering, she decided to start making brownies for the patients suffering from symptoms of AIDS. Most of the patients suffered from nausea, pain, and loss of appetite because of chemotherapy, but they noticed less invasive side effects from chemotherapy when brownies were consumed. The community quickly fell in love with “Brownie Mary ” because of her cause, giving patients with AIDS her famous brownies free of charge and helping patients manage their symptoms and side effects. With so much support coming from thousands of residents in California, Mary Rathbun became one of the forefront activists for the creation of a bill that encouraged medical marijuana in California. This idea of medical marijuana soon ignited Proposition 215. With all her dedication and good deeds she did for the people of her community, the San Francisco City Hall board declared August 25 “Brownie Mary Day.”

Is marijuana less dangerous than alcohol?

Margaret Mead was a famously known Anthropologist throughout the world. She focused on social norms of society, specifically advocating for women’s progression. She was appointed President of American Anthropological Association and American Association for the Advancement of Science. When it comes to cannabis, Margaret Mead was known for testifying against congress about the legalization of marijuana on October 27, 1969. She believed that marijuana was less dangerous than alcohol and felt that criminalizing the plant was going to destroy and divide the relationship with the old and new generations. Unfortunately, congress did not want any part of marijuana becoming legal, leaving Margaret Mead to defend herself from News reports and other individuals who did not agree with her. Little do people know about Margaret Mead nowadays, but she helped move the cursor towards legalizing the plant because of her status, and what she did on October 27 in 1969.

Did you know African Americans are 4x more convicted for possession of marijuana?

Before becoming one of the well-known cannabis owners in America, Wanda James first served as a lieutenant for the Navy. She also served on Barack Obama’s national finance committee. In the cannabis industry, she is one of the few African-Americans to be part of an industry that is 97% white owned. That didn’t stop her though! Wanda James is the first African-American to open a dispensary in Colorado. Since opening her dispensary called “Simply Pure,” she has made it her mission to use her voice to destigmatize the marijuana plant and shine light on the racial inequalities surrounding the plant. Mrs. James even served on the breakthrough for Amendment 64, helping to end cannabis prohibition in Colorado. She often mentions the struggle for people of color, especially the black community when it comes to marijuana. To this day, African-Americans are 4x higher to be convicted of possession of marijuana, but Wanda James is helping in every way possible to decrease those chances. 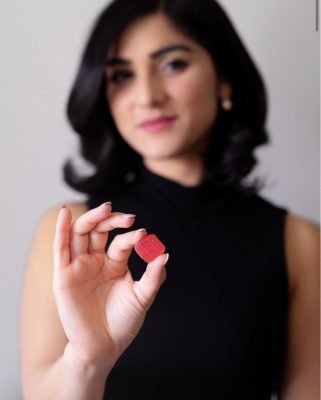 With the entire movement of cannabis going towards a more positive direction compared to 10 years ago, more and more of its history is coming out to the public. What people are noticing is the history surrounding cannabis has a lot to deal with women of the world! Dating back to the first medicinal uses of cannabis, it was used to help with menstrual cramps for women and even to lessen the pain from labor. The three women mentioned are just part of the puzzle who are actively helping or helped change the pendulum for the rise of cannabis in America. The world is changing, and it’s changing even faster in the cannabis industry with the help of amazing women. And remember, when you purchase from Dr. Peace Lily, you are supporting a woman owned business and contributing to women in cannabis history!