Cannabidiol (CBD) is a non-intoxicating chemical found in the cannabis plant. There has been a long history between U.S. legislation and cannabis, and for a long time there was no acknowledgment of the difference between CBD and the intoxicating chemical found in cannabis, THC. In 1937 the Marihuana Tax Act was passed which regulated and taxed the importation, cultivation, possession, and/ or the distribution of cannabis. Regulations then became stricter in 1951 under the Boggs Act that classified cannabis possession as a first offense conviction and carried a minimum sentence of 2-10 years with a fine up to $20,000.

Most notably, Congress passed the Controlled Substances Act in 1970 that classified cannabis as a Schedule I drug (a drug deemed to have no valid medical use and a high abuse potential). Unfortunately, this caused an abrupt halt to any scientific research being done at the time about the potential medically therapeutic benefits of the plant. After the 1980s war on drugs, some states began to decriminalize cannabis sales and usage for medical purposes under a doctor’s supervision in the 1990s. Recreational use of cannabis eventually became decriminalized in 2012 in two states, Washington and Colorado. More states would follow suit, and as of June 2022, 19 U.S. states have legalized marijuana for recreational use. Despite this feat, the cannabis plant is still illegal under U.S. federal law and still classified as a Schedule I drug. The medicinal benefits of CBD were further recognized by the 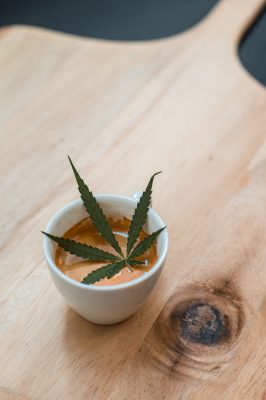 U.S. media through the FDA approval of Epidiolex. Epidiolex is a purified pharmaceutical-grade plant-derived CBD solution that became FDA approved on June 25, 2018 to treat Dravet Syndrome or Lennox Gastaut syndrome in patients two years of age and older. The focus of this drug is to treat debilitating and chronic seizures in children. Although the medicinal properties of CBD were being evaluated centuries before Epidiolex, it brought CBD research and conversation about its other possible health benefits into mainstream conversation.

The Farm Bill, or the Agriculture Improvement Act of 2018 was signed into law on December 20, 2018. The Farm Bill removed hemp (cannabis plants with less than 0.3% THC) from being classified as a Schedule I controlled substance if the said hemp was grown according to federal and state regulations by a licensed grower. It also allowed for the transfer of hemp products across state lines for commercial or other purposes. The Farm Bill also legalizes the sale, transport, and possession of hemp products (as long as the hemp products are produced under legal regulations). It should be noted that the Farm Bill still requires farmers to have a license to cultivate hemp. This bill opened the floodgates for the sale of a variety of hemp-based products over the counter in America. Products containing CBD were soon being sold all over the country in convenient locations like gas stations and grocery stores. These products can be found in various formulations such as gummies, tinctures, capsules, and lotions. Although CBD is legalized, it is still not FDA regulated. To be clear, the FDA has not approved or regulated any of the over-the-counter products in stores that claim to contain CBD. This is why it is particularly important to be a conscious consumer and ensure that the products you are buying are coming from a company that has their products tested by a third-party for purity, contaminants, pesticides, heavy metals, and safety. Third-party testing is vital because that means that the lab testing the CBD is unbiased and ensures that the product is safe and actually contains pure CBD and the ingredients listed on the label–recorded in what’s referred to as the Certificate of Analysis (COA).

*Note: Peace Lily is a CBD brand that uses the highest quality of ingredients. That includes using oil that was grown and manufactured in America. Peace Lily CBD oils are manufactured under Good Manufacturing Practice (GMP), have been lab-tested several times, and all of our products have a Certificate of Analysis (COA).

Since the 2018 Farm Bill, the U.S. government has failed to pass any overarching legislation to regulate CBD products. Although there are various bills that have been introduced to Congress that would authorize CBD as a dietary supplement and thus force the FDA and FTC to develop labeling and purity standards. Individual states such as Colorado and Iowa have also taken to developing their own testing and labeling requirements for CBD products. Most prominent of the proposed legislation is The Hemp Access and Consumer Safety Act. This act prioritizes consumer safety and requires CBD manufacturers to comply with federal regulations and demands proper labeling. The act also legalizes the use of CBD in dietary supplements, food, and beverages. These acts are anticipated to hopefully make leeway in 2022 and this will be a huge breakthrough for the history of CBD legislation as well as a promising outlook for the future of CBD medicinal research.

This article was edited by Dr. Choudhury and was written by Dr. Peace Lily Scientific Communications Intern, Melanie Flores. She is a Doctor of Pharmacy (PharmD) student at Oregon State University and Oregon Health & Science University College of Pharmacy in Portland, Oregon