Setting a New Year’s Resolution can help one incorporate a routine into their daily lives that promotes their greater well-being. Year after year one of the most popular New Year’s Resolutions is to become healthier. For reference, the U.S. obesity prevalence from 2017-2018 was 42.4%. With the rise of physical inactivity and increased stress due to the global pandemic, this number is projected to have increased in recent years. Obesity can lead to fatal diseases such as heart disease, cancer, type 2 diabetes, and strokes. After looking at this statistic it comes as no surprise that losing weight and developing a healthier lifestyle is consistently among the top New Year’s Resolutions for Americans. Novel research has been arising that supports cannabidiol’s (CBD) role in helping to support weight loss goals and other factors that predispose a person to obesity.

Prominent research featuring humans has revealed how CBD can be beneficial in promoting “good fat”, increased metabolism, and a healthy BMI. It is important to note the two different types of fat in your body: white and brown fat. White fat is what builds up in the human body when too many extra calories are consumed, and this is the fat that can increase the risk of type 2 diabetes and heart disease. However, brown fat is the fat that is responsible for storing and generating energy. A 2016 study identified that CBD could lead to the conversion of white fat cells into brown fat cells in test tubes, as well as enhancing the expression of certain genes that promote brown fat in the body. Further promising weight inhibition effects of CBD were shown in a rat experiment where rats were given a high fat diet for 2 weeks. Results showed that weight gain was inhibited by daily CBD consumption. This study suggests that CBD may boost metabolism, and supported results of a survey of 4657 humans that found that cannabinoid use was associated with lower fasting insulin levels and smaller waist circumference. Although more research is needed on the exact role CBD can play in boosting metabolism, studies continue to emerge that point to CBD’s role in maintaining a healthy metabolism and weight. 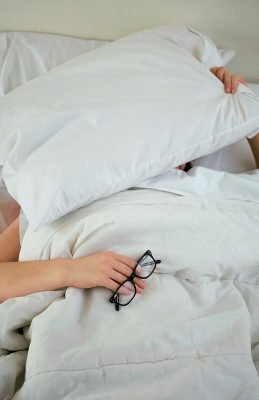 Lack of sleep has also been associated with increased oxidative stress, glucose intolerance, and insulin resistance. Staying awake for longer in the night has also prompted people to eat more calories than necessary. The physical phenomenon of anxiety increases cortisol, the stress hormone, levels in the body. Cortisol can cause fat to build up in the stomach and lead to weight gain. Anxiety can also cause slowed digestion, lack of energy, and overeating; all of which can contribute to obesity. CBD can be a valuable tool in aiding in alleviating anxiety and sleep issues. In a large case series study of 72 adults with generalized anxiety and poor sleep quality, daily CBD was given and their symptoms were observed to determine if it could impact quality of life. Self-reported anxiety scores were shown to decrease in 79% of the patients all within the first month, and quality of sleep was shown to improve for 66% of patients. Thus, CBD has shown therapeutic potential to aid with anxiety and sleep disturbances.

CBD has shown promising results thus far in regards to supporting a healthy weight and helping to boost human metabolism. CBD also continues to have positive results in human studies supporting its role in helping to reduce anxiety and sleep problems, both of which can aid in weight loss. Although more research is needed to confirm these results, CBD can be a powerful addition to helping support the New Year’s Resolution to adopt a healthier lifestyle.