One way to personalize cannabis is by adding specific terpenes to CBD products to synergistically achieve the desired effect. There has been a lot of recent talk of different strains of cannabis having various terpene profiles. But that begs the question, what are terpenes? Terpenes are aromatic compounds that are found in many plants, including cannabis. Terpenes create the odor of the cannabis plant and when people are smelling a cannabis flower, it’s the terpenes that give it the different aromas. There are hundreds of terpenes that can be found in cannabis and new research is currently reviewing the possible medical benefits that these terpenes can have in humans. It is important to note that different terpenes are also found in CBD, a chemical compound of cannabis. Two of the top terpenes that make up the cannabis plant are alpha-pinene and beta-pinene. Now you are probably wondering what is Pinene? Pinene is a terpene found in the cannabis plant and is also the same terpene responsible for the pine aroma of the pine tree and the cleaning product Pinesol!

What is Alpha- Pinene?

Alpha-Pinene is the more prevalent type of pinene found in nature and cannabis. It produces an earthy aroma and is also known to be found in rosemary, bergamot, and olives. Alpha-pinene has had promising results in studies that it could have possible therapeutic potential for osteoarthritis, insomnia, and anxiety. A 2014 observational study 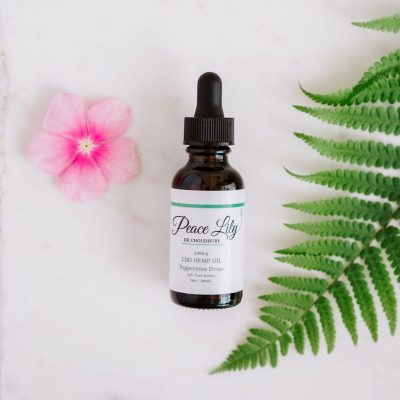 revealed that alpha-pinene exhibited significant anti-inflammatory effects on human cells and showed potential promise as an osteoarthritis drug. Alpha-pinene proved to greatly increase the duration of REM deep sleep and reduce anxiety when given to animals.

What is Beta- Pinene?

Beta-Pinene produces a woody and spicy aroma. It is also known to be found in hops and cumin! It has been proposed that B-pinene can have antidepressant and antimicrobial effects. Beta-pinene was given to mice in a 2015 observational study and was shown to improve their mood when their serotonin, aka the happy chemical, was blocked. Multiple studies also exhibited that Beta-Pinene was very effective in significantly impairing the growth of both isolated bacteria and fungus.

What are future potential medical uses?

Terpenes are known for giving plants their unique flavor and aromatic qualities. It has been hypothesized and shown promising results in research that terpenes could also have beneficial properties on various illnesses. Alpha-pinene and beta-pinene are two key terpenes that could have possible therapeutic benefits on mood, infections, and inflammation in the human body. Further research is needed on human subjects to verify these potential benefits, but the possible promise of individualized holistic medicine to serve as ailments to illnesses is an exciting breakthrough in medicine that can be seen on the horizon.