What is the entourage or ensemble effect and how does it relate to cannabis?

More recently, these terms, entourage effect and ensemble effect, have been used interchangeably. They’re fancy terms to describe the effects of cannabis as a result of cannabinoids and other compounds in the cannabis plant contributing to a combined effect that is thought to be better than the effect of an isolated cannabinoid (1). Although there are two terms to classify this property of cannabis, the word ensemble seems much more characteristic of the underlying relationship (3). You can picture an ensemble as many musicians who perform together each with their own instrument that contributes to the harmony in its own unique way. It is the same for cannabinoids and other compounds in the cannabis plant–each one has its own benefits, but when administered together they can create a summative beneficial effect on the body. 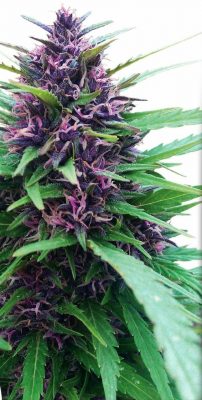 In the case of the ensemble effect, the saying the more the merrier is especially true. The more cannabis-derived compounds one takes could increase the therapeutic benefits–whether that be symptomatic relief from pain, anxiety, inflammation or cancer (1). Although there are a plethora of cannabinoids and terpenes, a well-studied example of a synergistic cannabinoid interaction is between the two major cannabinoids, cannabidiol (CBD) and tetrahydrocannabinol (THC). It has been shown that using CBD with THC can reduce unwanted side effects of THC, such as sedation, increased appetite and intoxicating feelings of euphoria. THC binds to cannabinoid receptors, CB1 and CB2, to activate them, while CBD has been known to modulate the overall functionality of the endocannabinoid system. This is one of the many examples of how different cannabinoids can interact with the body’s endocannabinoid system.

Along with the phytocannabinoids, terpenes–also referred to as terpenoids–are another component of cannabinoids known to contribute to the aroma and therapeutic potential of cannabis. A terpene seen frequently in nature that you may be familiar with is limonene which is found in lemons and other citrus fruits. The presence of terpenes such as limonene may also contribute to the ensemble effect. On its own, limonene is thought to have the ability to reduce anxiety levels and decrease inflammation, particularly in skincare. With this in mind it is no surprise that scientists have been working on novel anti-acne therapies utilizing the synergy between CBD and cannabinoid terpenes such as limonene (4). As per anxiety, a double-blind study showed that when given either lavender essential oil, an SSRI antidepressant (Paroxetine) or a placebo, the majority who experienced anti-anxiety effects were the participants who received the 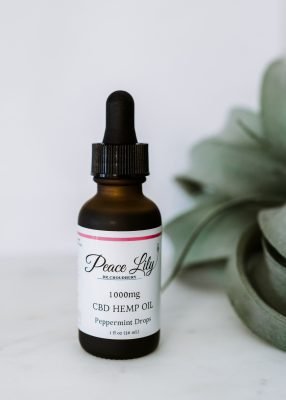 essential oil (2). There is a potential for terpenes in the treatment of mood disorders and anxiety disorders which demonstrates the versatility of the compounds found in the cannabis plant.

With the wide array of phytocannabinoids and terpenes there are many possibilities for interactions and therapeutic benefit. The ensemble effect highlights that each component plays its own role on the endocannabinoid system and the benefits are cumulative. If you have any questions, please do not hesitate to reach out to a member of our team to learn more about terpenes and how they can work with cannabinoids to help you feel like the best version of you.

This article was edited by Dr. Najifa Choudhury and was written by Dr. Peace Lily Scientific Communications Intern, Caroline Cassol. She is a Doctor of Pharmacy (PharmD) student at University of Connecticut School of Pharmacy in Storrs, Connecticut.