What is it like being a Woman of Color (WOC) in Cannabis?

Being a woman in a business industry mostly run by men is difficult, but being a black woman is even more difficult. There are so many obstacles we have to go through, whether it be stereotypes, microaggressions, and imposter syndrome that keeps eating at us.

The beautiful thing about me being in this space is that I’m paving the way and inspiring more women of color, especially black women to join this industry without feeling like they’re not good enough to compete against the biggest leaders in the cannabis industry.

Why does a black woman like me enter the cannabis space?

Like any success story in business, I started with a why. Everyone’s why is going to be different, especially depending on your background, what motivates you, and how you were raised. Again, most people in the cannabis industry are older white men with deep pockets that are not affected by the high barrier of entry which is an enormous limiting factor for women of color. And I was definitely affected by this! But luckily, I was able to partner up with Dr. Choudhury and together we definitely are beating the odds our gender assigned to us. 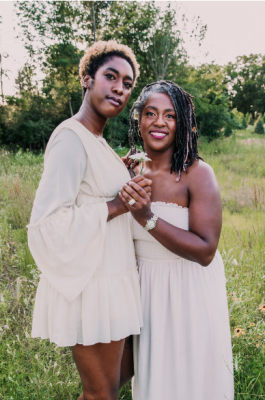 What are the stereotypes of being in the cannabis industry?

There are many stereotypes that come along with being in this industry, especially from those that lack education and think anyone in the cannabis industry just wants to get high. Working with Dr. Peace Lily, I firsthand witnessed the negative stigma tied to cannabis but I’m glad to say that because of our educational efforts we are helping to remove the negative stigma. Another stereotype I encountered is the notion that “women aren’t born leaders.” If you look at the statistics, you will see that over 70% of top executives in the cannabis industry are white males and it’s very difficult for a woman of color to break the glass ceiling.

What are the microaggressions in the cannabis industry?

Let’s be honest, the reason cannabis as a plant was banned in the United States started with racism. Of course, anything that we don’t know usually causes fear. One by one, states started banning the plant, and a false sense of fear was instilled in the country about the plant that was once used as medicine. When Harry Anslinger became head of Narcotics and the war on drugs was started, Anslinger quoted, “The primary reason to outlaw marijuana is its effect on the degenerate races.” This being the center on how POC view marijuana makes it even more difficult to stay the course of becoming an entrepreneur in the cannabis industry. As a black woman in America, I find it a struggle to get support and understanding from the black community because we grew up viewing both, marijuana and CBD as illegal, which meant automatic jail if we got caught with either only a few years ago.

With racism at a high in America during that time, politicians started the propaganda of cannabis to target black and brown people, specifically men. Statements from those in power were made about how the plant makes POC (men) aggressive towards white women. Using that as a backbone, they created the Marijuana Tax Act of 1937, which made the use of cannabis effectively prohibited in America (More on that law later).

I remember I went to a cannabis convention in Detroit, and I was the only black woman, let alone a black person there. I felt like I didn’t belong, getting stared at made me feel alienated. It felt as if they were asking me, “What are you doing here?”

Imposter Syndrome I felt in the cannabis industry 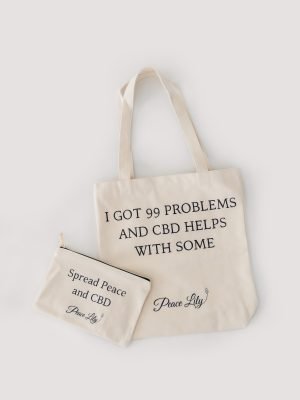 From juggling a business in the cannabis industry to being a role model for others, it can get quite ugly if I’m not mentally prepared to take on the obstacles. Every entrepreneur will struggle in some phase of their business, whether it be financially or mentally. In my case, I’ve had my fair share of imposter syndrome, feeling like I’m not accomplishing anything. But the truth is, I’m part of the 4% of black people in the cannabis industry. I’m a role model not only in my community but for every black woman in the United States because I want to help pave the way for them. I want to encourage more females to enter this industry and to have a voice. What they don’t tell you is that most women consume CBD, so why are so many companies owned by men? This industry has its ups and downs, especially with it being so new and unregulated, but I’m grateful to be a woman of color that’s not scared to make noise!